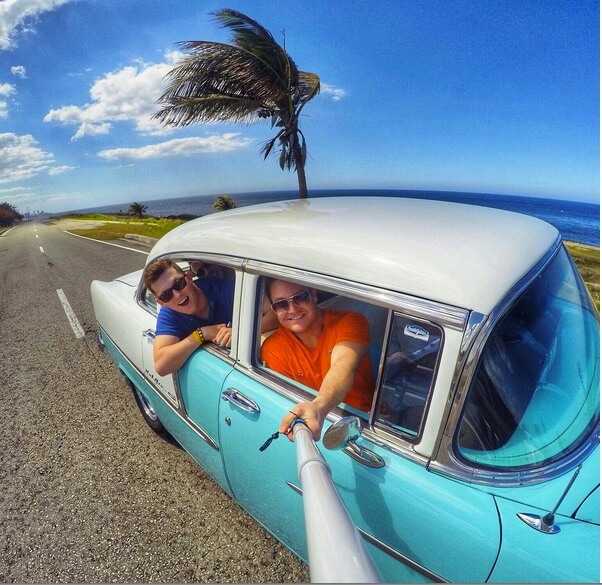 The future for U.S. travel interests in Cuba seemed uncertain in recent weeks as President-elect Donald Trump hardened his rhetoric about requiring greater reforms as a condition from the Castro government to expand or even preserve the current détente orchestrated by President Obama’s historical change of policy with Cuba.

Gauging the future of U.S.-Cuba relations under the scenario of an ex-Fidel Cuba may simplify the analysis of the forces at work and the diplomatic challenges that lie ahead.

It is clear that without Fidel’s approval, the slow warming of relations with the US could not have happened. The fact that we have been able to bring thousands of Americans to Cuba in recent years to get to know and better understand the Cuban people must be remembered as part of his legacy. Hopefully the trend will continue. – Peggy Goldman, Friendly Planet Travel

In Cuba, Fidel Castro’s death could potentially dampen the most inflexible element behind the island nation’s negotiating position on all matters pertaining to the U.S. While Fidel made several attempts over the years at opening Cuba to greater economic flexibility, it almost always resulted in a frustrated reversal of policy. Unlike Raul, free enterprise was never part of Fidel’s DNA.

Raul’s ability to run Cuba was first tested in 2006 when Fidel needed surgery and temporarily turned over his presidential powers to his younger sibling.

By the time Raul permanently took over the country in 2008, his wife had died (in 2007) and his four children were grown. He began reshaping Cuba’s socialist programs, allowed businesses to be owned by citizens, loosened travel restrictions and foreign investment, brought in his own people to staff his cabinet, and set limits on presidential terms, which would legally force him to step down in 2018.

He and U.S. President Obama announced their intent to renew diplomatic relations in 2014 after 54 years.

In the U.S., though cryptic and unorthodox, Trump’s response to Castro’s death offers some insight into his future policy and perhaps less uncertainty about Trump’s desire to negotiate with Cuba.

Trump went on to praise the support of the Cuban-American group of veterans who fought in the failed CIA-backed attempted invasion of the Bay of Pigs in 1961. The episode has been considered a fiasco for U.S. policy ever since.

But then Trump suggested that Castro’s death marked a turning point and opened a future in which Cubans, “can finally begin their journey toward prosperity and liberty.”

A Surge in U.S. Visitors

Despite these problems, the recent partial thawing of relations between Washington and Havana has boosted the number of U.S. visitors to Cuba, bringing vital hard currency and cultural engagement to the troubled economy.

Commercial airline service is also resuming, and some American firms are operating hotels and seeking permission to operate other businesses in Cuba. This December, the ramping up of regularly scheduled commercial air service will culminate in more than 100 daily flights between the two nations, a huge increase in terms of the number of U.S. travelers to Cuba and the number of destinations. Nine non-Havana Cuban cities are experiencing the massive wave of American tourists.

In the first six months of 2016, revenues from tourism in Cuba rose 15% compared with the same period last year, according to Cuban government data.

While Canadians still make up the largest single group of tourists to the island nation, Americans came in third place after Cubans living abroad (mostly in the U.S) over the same period.