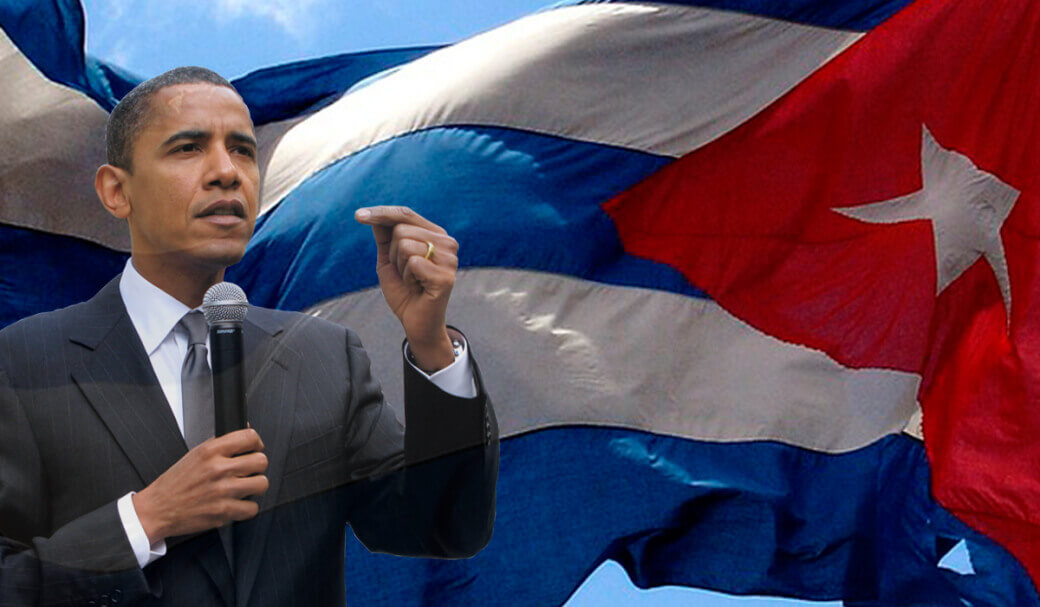 According to an article in the New York Times, the Obama administration announced today it would allow individuals to travel to Cuba for “people to people” educational trips and lift limits on the use of American dollars in transactions with Cuba.

Today’s news is the latest in a steady, slow drum beat of actions taken by Obama to leverage executive authority to dismantle various Congressional rules that together make up the US embargo against Cuba. We call these actions Cubamacare. Here is a complete report of all recent Cubamacare actions.

Today’s actions wipe away stiff restrictions as President Obama prepares to make a historic trip to Havana next week to showcase a new era of engagement. Among other changes, today the Departments of the Treasury and Commerce announced significant regulatory changes to make it easier for Americans to travel to Cuba, expand access to U.S. financial institutions and the U.S. dollar from Cuba, and expand the ability for Cubans living in the U.S. to earn a salary.

The actions represent some of the most significant regulatory changes the Departments of Treasury and Commerce have made to carry out the move toward normalization that Mr. Obama and President Raúl Castro of Cuba announced in December 2014.

The new rules will also allow Cuban citizens to earn a salary in the US and make it easier for dollars to be used in financial transactions with United States banks, something government officials in Havana have long pressed for.

“Today’s steps build on the actions of the last 15 months as we continue to break down economic barriers, empower the Cuban people and advance their financial freedoms, and chart a new course in US-Cuba relations,” Jacob J. Lew, the Treasury secretary, said in a statement.

Americans can now take “people-to-people” trips to Cuba on their own. It changes former rules that required most Americans visiting Cuba to sign up for costly group tours.

Americans will still have to fill out a form, saying their visits to Cuba are for education, not just the beach.

The new rules should help fill new commercial flights to Cuba, according to the Obama administration. US airlines seek to begin regular flights to the island country in the next several months.

The new rules will also help Cuba. U.S. banks may process financial transactions from Cuba. A previous ban made it hard for Cuba to sell its products internationally.

And the rule will allow Cuban athletes, artists and performers working in the US to earn a salary. But they will be required to obtain a US visa.

The new rules could add to the number of Cubans playing Major League Baseball (or MLB). MLB officials hope Cuban players could play for MLB teams without having to give up their Cuban citizenship, as they do now.